In an effort to evolve with the game of football, RYFA board has voted in June 2019 to adopt the TackleBar football for our 2nd/3rd grade league.

What is TackleBar football? The game is relatively the same, but the fundamental difference is each player wears a TackleBar harness around his lower torso, and the harness holds two foam bars across the lower back. Once the defender pulls off one of the two foam bars of the ball carrier, the runner is considered down, similar to a pulled flag in flag football. The idea is to avoid taking the ball carrier to the ground to make the tackle or “blowing up” the ball carrier with a big hit at this introductory level. Instead, the defender must wrap his arms around the ball carrier, keeping his head to the side, and rip a foam bar from the harness in order to down the runner.

Read more about TackleBar in the FAQ section >

See TackleBar Football in action with this report from KARE11 TV. 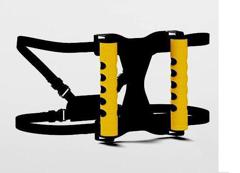 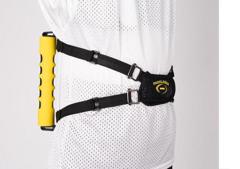 While the TackleBar harness drastically alters the approach and technique of downing the ball carrier, the rest of TackleBar football maintains the attributes of today’s tackle football. Kids wear helmets and shoulder pads, learn positions, stances, plays, and formations just like tackle football.