To provide area kids the opportunity to learn the game of football, to make playing the game a fun and enjoyable experience, and then to develop and retain Rogers/Otsego players for future success in the Rogers High School football program.

Click above link to be taken to Petition To Play form.

During the offseason, RYFA board has spent significant time reflecting on our program’s mission and vision. Including in this was a deeper assessment of the latter portion of our mission statement: “.... develop and retain Rogers/Otsego players for future success in the Rogers High School football program.”

As a result, we’re refocusing on ensuring our tackle football players are getting the best opportunity our program has to offer, with a focus on greater player development and player retention for play in the Rogers High School program. To do this, RYFA will no longer be allowing non-Rogers/Otsego districted kids to automatically be eligible to play tackle football with RYFA. We will be restricting registration for our tackle program to be local, Rogers High School zoned players. After much contemplation, this decision was made to not only give maximum playing time for our local kids but to align closer with the high school program philosophy, practices and methodology. Although not directly associated with the Rogers High School program, RYFA sees itself as a significant contributor to the success of Rogers High School Football. RYFA feels this approach will better prepare our tackle players for the transition to high school football and reduce the number of kids who stop playing football before they reach high school.

RYFA realizes this may not be welcomed news to those impacted.

For those kids that are impacted, there will be a petition process in place for parents/kids to make their case to continue to play tackle football with RYFA. This  process allows RYFA to take into consideration external factors and/or long-standing relationships of individual players with the RYFA association in making the final decision on allowing non-Rogers/Otsego players to play tackle with RYFA or not. 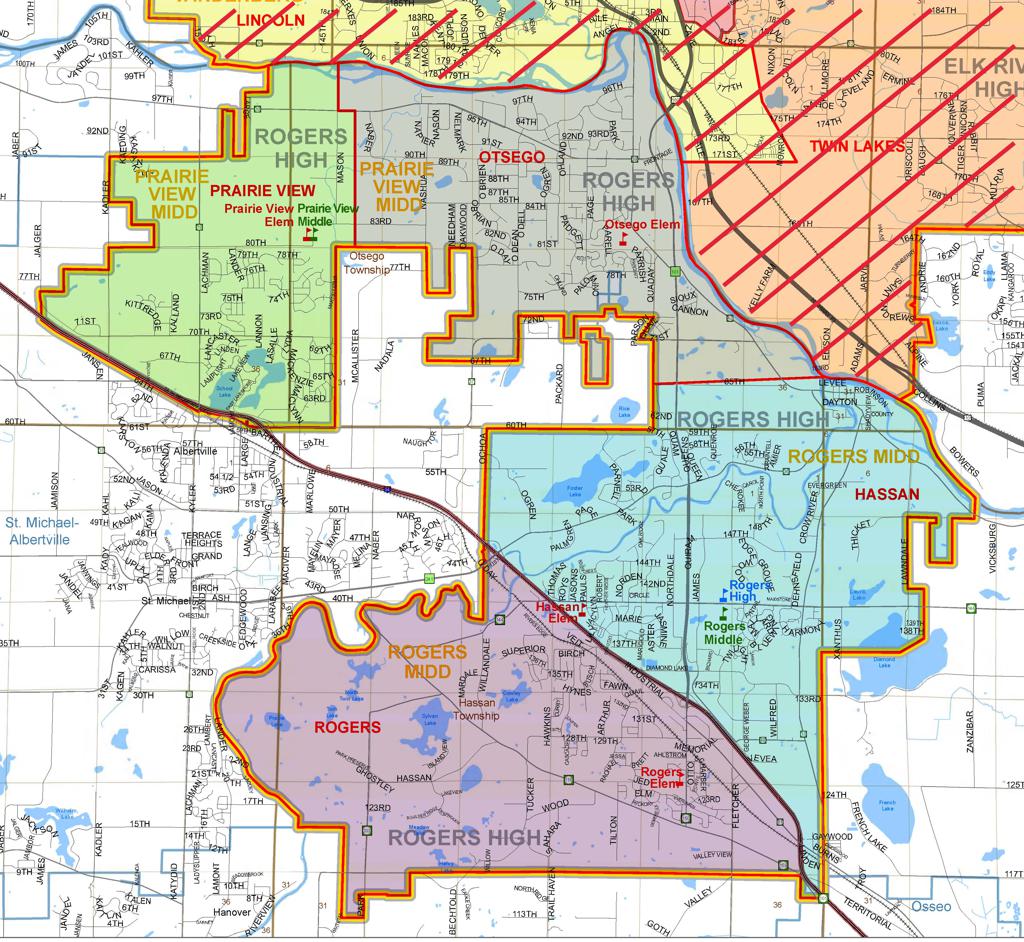 The player must be within authorized boundaries to be eligible to play.

Anyone not fitting within our eligibility criteria must petition the board via "Petition To Play" process on link below.

Click above link to be taken to Petition To Play form.

Q: Was this decision by RYFA dictated by Rogers High School and/or its head football coach and administration?

A: No. RYFA and Rogers High School are independent of each other and are separate governing bodies. The decision to implement this new rule was independently made by RYFA based on the RYFA Mission Statement and parent feedback via post-season surveys.

Q: Was this decision by RYFA influenced by neighboring towns/cities/boards in an attempt to get more of their local kids playing in their own association/teams?

A: No. No neighboring towns/cities and/or neighboring youth football boards contacted RYFA about this matter and had no influence on the RYFA decision.

Q: Why is RYFA not automatically allowing kids from outside the Rogers/Otsego schools to participate in tackle football with  RYFA?

A: To further align to the RYFA vision and ensure Rogers Youth players have the best experience in our program and continue playing in high school, we’ve limited our registration to only Rogers High School zoned players.  Any outside player must go through a petition process for consideration for playing tackle football with RYFA.

Q: Who will decide if my petition request is approved?

A: The RYFA petition board, composed of five individuals, will make all decisions by a vote in regards to accepting an application.

Q: What criteria is used to determine eligibility to play with RYFA?

A: There will be several factors, but a few examples are : Registration levels at each grade, divided families, where players will attend High School in the future ,etc..

Q: If I fill out the petition request, when will I know if my petition has been approved?

A: Petitions will be considered and a response sent within one week of the registration closure date.

Q: My child does not go to school in Rogers area schools. Can he/she still play FLAG football with RYFA?

A: Yes. We encourage anyone to consider playing flag football with RYFA. We consider Flag football to have its own unique role within RYFA. Since flag is an in-house league and does not compete against other associations/communities, we welcome any and all player registration.

A: No. Due to the new focus on only RHS districted players, you will need to fill out the petition or seek player registration via your local city or school program.

A: No.  We would encourage you to look to your own local community or school football program. We will consider outside players via our petition process.

Q: My child is home schooled. Does that mean that he/she can't play tackle football with RYFA?

A: Home schooled students within the Rogers area school boundaries who would attend one of the eligible schools is eligible to play tackle football with RYFA.

Q: What if the area I live in does not offer tackle football. Can my child still play with RYFA?

A: Potentially.  Due to our alignment with the Rogers High School football program and our focus on maximizing local player playing time and growth, we will not automatically allow registration. Application through our petition process for review and consideration would be required.

A: We’d like to first and foremost thank you for supporting RYFA in the past.  Our priorities stay with our mission to develop and feed the Rogers High School program, thus we ask you to bring your skills and talents to your local community/school program instead.  Should you still want to be considered, you may fill out the petition and request consideration.

Q: If I fill out the petition request, when will I know if my petition has been approved?

A: Petitions will be considered and a response sent within 1 week of the application.

Q: Will there be enough teams if kids who don't attend Rogers area schools aren't automatically eligible to play with RYFA?

A: We have considered the impact to our teams without Rogers/Otsego players and we are confident that we can field teams that are appropriately sized with coaching staff.  However, should we have a scenario where we need additional players to field a team, the petition process will allow and support filling those slots to maximize team/player ratios.

Q: Will RYFA teams still play other communities like they did in 2020?

A: Yes, RYFA teams will keep playing in the North Suburban Youth League for the foreseeable future.